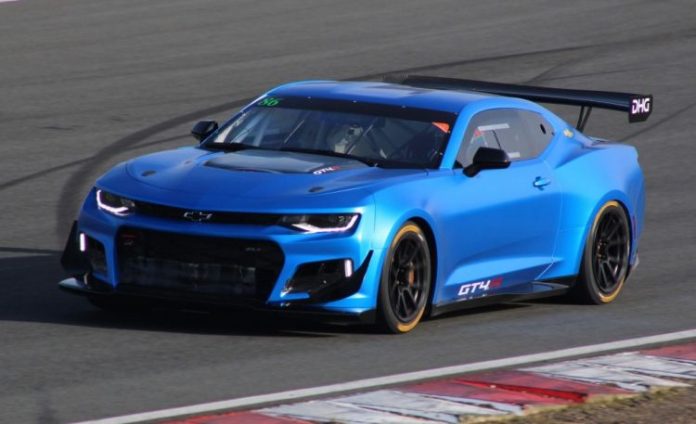 Braams and Huisman will race their Chevrolet Camaro GT4.R under the Las Moras Racing by V8 Racing banner in 2018, returning to the brand and team that brought them success in the past, including the 2013 Dutch GT title.

“Old habits die hard. The McLaren is a nice car, but I was looking for a new challenge and hope to achieve new successes with the Camaro GT4.R,” Braams added.

Team owner Rick Abresch is excited to have Braams and Huisman back onboard. “Duncan and Luc are the reigning champions in the Pro-AM class, so by definition we need to be right in there for the title fight,” he said.

Huisman and Braams completed the shakedown of the two Chevrolet Camaro GT4.Rs at Zandvoort without any problems, much to the delight of team manager Francesco Pastorelli and the engineers of Chevrolet’s sporting partner Pratt & Miller.

“The cars ran without fault all day and although it only was a shakedown you immediately get a sense of the potential of these cars,” said Pastorelli.

“The amount of support we get from our partners at Chevrolet has been immense and exactly what we’ve come to expect. It is a vital part of our path to success this year.”