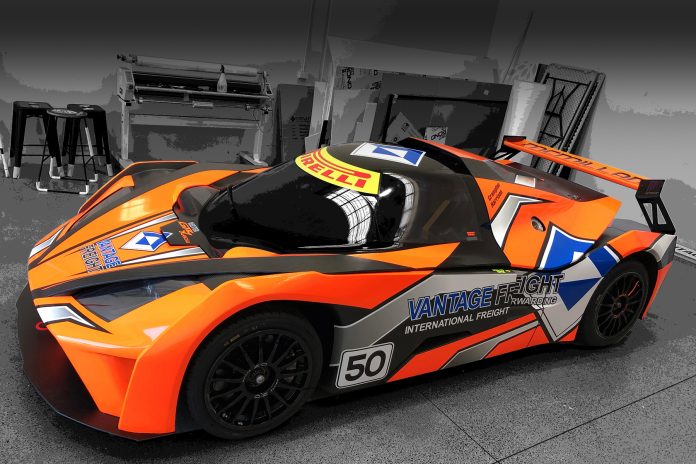 After battling at the front of the GT4 field during the opening round of the Australian GT Championship on the streets of Melbourne as part of the Australian Grand Prix weekend, M-Motorsport returns for the second round of the season with a two-car assault on the opening endurance round with Glen Wood, David Crampton and Trent Harrison returning to the team for AGT’s maiden event at the new ‘The Bend Motorsport Park’ in South Australia.

Having been comfortably the victor in one of the GT4 races outright at Albert Park, team boss Justin McMillan knows the car has the pace and is looking forward to showing that this weekend.

“The KTM ran strongly in the Blancpain Series last weekend so some much needed BoP changes seem to have been the solution to bringing the car more back into line with its rivals, so we’re hoping that puts us back on the pace. With rain the big equalizer at the Grand Prix, I was faster than a number of Trophy cars and comfortably the quickest GT4, so we know the car has the ability to run near the front, and we’re looking to prove that again.”

McMillan will be joined once more at The Bend by regular M-Motorsport co-driver Glen Wood, whilst the team will bring a second car back into the fray with David Crampton and Trent Harrison back behind the wheel for the first time since Bathurst.

Crampton and Harrison will share the #50 M-Motorsport Vantage Freight entry – the car that was damaged at Bathurst – which has since been restored to full health and wrapped in an all new look, making it two stunning black and orange X-Bows to wow the big crowd expected to attend the event.

“I’m really looking forward to getting back into the KTM to see what we can do,” Crampton admitted whilst an avid spectator at the AGP event. “After a few years in a Radical, I was ready for the next challenge, and the early retirement at Bathurst was hugely frustrating because I’d been working towards the event for so long. I love the car and I’m serious about having a good crack at the championship, and with someone like Trent alongside who is a very accomplished driver, I think we’re in with a good shot.”

The two immaculate KTMs will get their first chance to turn laps this Friday afternoon with a 60-minute practice session scheduled ahead of two 30-minute qualifying sessions around midday Saturday, then the opening 60-minute leg of the race in the twilight on Saturday afternoon.

Commanding performace from Lago in Race 2 at Albert Park