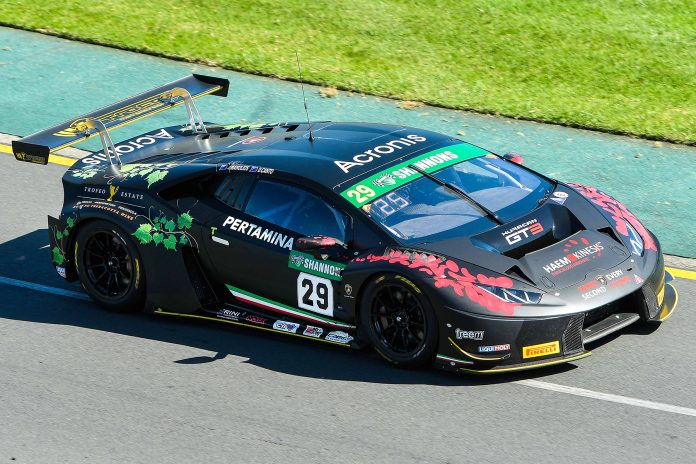 Trofeo Motorsport’s Jim Manolios and Dean Canto will look to carry on their solid start to the 2018 season during the debut event of the CAMS Australian Endurance Championship at the new ‘The Bend Motorsport Park’ in South Australia this weekend.

The stunning new facility at South Australia’s Tailem Bend on the mighty Murray River, is the second longest permanent race circuit in the world behind Germany’s famed Nurburgring, and it will play host to Australian GT’s new endurance format which will see the first official three hour race of the season split in two, with a one-hour opening twilight stanza on Saturday night, followed by the final two hours contested on Sunday morning.

It’s a new format for Australian GT, and one the teams are keen to try, with a strong field of entries that includes a number of Supercar regulars, alongside Trofeo’s own Dean Canto.

Few of the entries have had experience of The Bend circuit outside what the media has delivered, although Canto has already seen the circuit first hand, the South Australian-based driver very impressed by what he saw and his first laps behind the wheel, albeit at a much slower pace than he will be competing in the #29 Huracan GT3.

“It’s a good mix of challenges across the full 7.7-kilometre length,” Canto admitted. “It will be a real test of the drivers. I like the blend of corners, from hairpins, to a variety of mid-speed corners, and a couple of tricky high-speed corners, I think there’s 35 all up, so plenty for us to remember.”

For Trofeo’s Jim Manolios, he has a dual interest in the new facility, not just as a competitor and team-owner, but as the distributor of Pirelli Motorsport tyres in Australia.

“As a driver, I’m really looking forward to the challenge, it’s fantastic to see another great circuit built in Australia, a circuit which we will enjoy in it’s full 7.7-kilometre capacity. No-one has any serious data for what the new circuit will deliver, but I know that with the technology that Pirelli have built into their tyres, the DHC – which was developed for GT competition – will be more than a match for the circuit and I can see some of the stars looking to take home the lap record before the V8s visit later in the year.”

So far 2018 has delivered some great results for the Trofeo Motorsport team with a number of solid finishes, the highlight coming in the season opening Liqui Moly Bathurst 12 Hour where they were well inside the top ten outright and top Australian team home, and just off a repeat podium in the Pro-Am category despite being much quicker than in 2017. The pace continued with the Australian Grand Prix AGT season-opener with stunning black Huracan right in the mix at the front of the field, although challenging weather and a race delay which saw one of the four 25-minute sprint races contested in low light did affect the overall result, although the team gained valuable data from which to prepare the car for The Bend.

21-cars have been entered for the second event of the 2018 CAMS Australian GT Championship season, with a good mix of GT3 and GT4 cars. Teams will enjoy a single 60-minute practice session on Friday afternoon to acclimatise themselves with the circuit, ahead of two 30-minute qualifiers, with the grid set as a combination of the best laps times from each session.