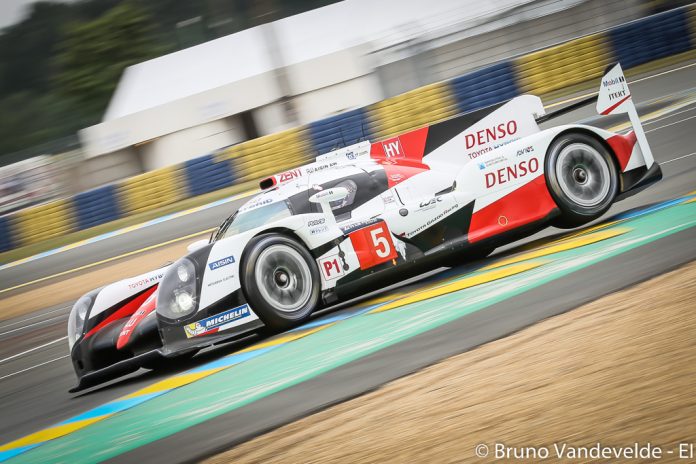 TOYOTA GAZOO Racing can confirm an expanded driver line-up for the 2017 FIA World Endurance Championship (WEC) as part of its three-car entry in selected races.

To demonstrate its commitment to endurance racing, and to enhance its chances of victory in the Le Mans 24 Hours, TOYOTA will enter three TS050 HYBRIDs in the races at Spa-Francorchamps and Le Mans.

José María López joins for 2017 and will compete alongside WEC race winners Mike Conway and Kamui Kobayashi. José María, 33, competed in GP2 before moving to the World Touring Car Championship where he won the last three titles.

The 2014 drivers’ World Champions Sébastien Buemi and Anthony Davidson will again team up with Kazuki Nakajima, the only Japanese driver to earn pole position at Le Mans, to compete together for a full season in the other TS050 HYBRID.

Stéphane Sarrazin, part of the TOYOTA WEC team from the start of the project in 2012, retains a significant role and will bring the benefit of his experience to the team’s third car entry as lead driver. The team is still assessing its options for his two team-mates, with a decision expected soon.

Race numbers for the forthcoming season will be announced by the Automobile Club de l’Ouest (ACO), along with all confirmed Le Mans and WEC entries, on 2 February at 4pm French time.

TOYOTA GAZOO Racing will present its 2017 team, including an updated TS050 HYBRID, on 31 March at Monza, prior to the two-day official test for all WEC participants at the Italian circuit.

Toshio Sato, Team President: “I believe this is an exciting time for TOYOTA GAZOO Racing in endurance racing. Entering three cars for Spa and Le Mans represents a new challenge for our team. We are working hard to be prepared and we are inspired to win. I would like to welcome José María to our team; I am confident he will fit in well as he is quick, intelligent and a strong team player. Our existing drivers have already proven their abilities in endurance racing; all are race winners and we are very happy to work together again.”

José María López: “It’s great to be part of TOYOTA GAZOO Racing. This is a dream come true for me and I can’t wait to get to the first race. Mike and Kamui are both great team-mates; I will learn plenty from them I am sure. Driving an LMP1 car is very different compared to WTCC cars but I am enjoying this challenge. The power and grip of the TS050 HYBRID is incredible and TOYOTA’s hybrid technology is impressive. I am looking forward to my first experience of WEC and particularly Le Mans which is a very special race.”

Podium for Porsche at Silverstone – victory in the GTE-Am class