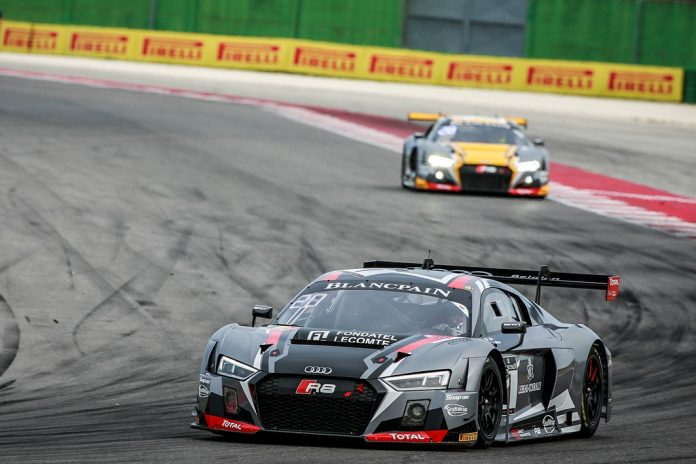 After the misfortunes endured in both the Sprint and Endurance Cups season-opening events (at Misano and Monza, respectively), the Belgian Audi Club Team WRT is crossing the Channel hoping that the British campaign will be more successful than the Italian one. The Sprint Cup round this weekend at Brands Hatch, and Silverstone’s Endurance event one week later, will hopefully mark the real start of the season for the Belgian squad, who is determined to seek revenge and substantiate its points count in the Blancpain GT Series twin championships. Brands Hatch, the mythical track in the Kent hills, has often been kind to the Belgian Audis R8 LMS in the past, and the team is motivated to collect more good memories. Its standard Sprint Cup five car entry is fully fit to do the job.

Team Principal Vincent Vosse is clear about the team’s expectations: “We certainly didn’t have the start of the season that we wanted, but it’s not in our genes to complain about adversity and look backwards. We go to England determined to correct the situation and catch up the points gap. Brands Hatch is quite a perfect place for that. It’s a magnificent track, the kind of circuit we like, and we are always happy to go to a track where driving, racing and watching is a pure pleasure. Needless to say, we had quite some work to rebuild and prep the cars, but they now are back in perfect conditions, and the drivers are anxious to be there. We all know that Brands is a treacherous place, especially with so many cars in action, and a track that doesn’t forgive any mistake, so we need to stay focused, calm and cautious. I am confident we can do quite a good job.”

There are no changes in the five entries. Robin Frijns, who had to miss the Monza race following a knee injury while training, is back at the wheel of car #17 that he will share with Stuart Leonard, who, being a Londoner, definitely deserves the status of ‘local hero’ at Brands.

The Belgian Audi Club Team WRT has no less than two other Brits in its 2017 line-up, with young gun and new recruit Jake Dennis being paired with Pieter Schothorst in car #3, and established racing star Will Stevens sharing car #2 with Markus Winkelhock.

Car #5 is entrusted to Marcel Fässler and Dries Vanthoor, with the young Belgian eager to be racing again: “I did not have a single race lap at Monza as our car got tangled in the pile-up at the start, so it’s time to have some racing again”, he says with a smile, “Brands is always exciting, an old-school track where any mistake is paid cash… I like it! The objective will be to get some heavy points, in order to stay in the race for the titles. I think we can be up front at Brands; for sure, the Mercedes, who are very strong in this beginning of the season, will be competitive, but maybe not much quicker than the others on such a track.”

In car #1, reigning Sprint Cup Champion Enzo Ide, together with Christopher Mies, is another man on a mission at Brands. The Belgian is very keen to put Misano behind him. “We had a difficult night race there”, he explains, “and in the Main Race, I did a mistake. I know it happens, but I felt bad for quite a while after the race… Brands Hatch is a completely different track, but it won’t be easy. Some of our competitors are really very strong at the moment, but the key will be to qualify well and have a trouble-free start. Still, the game seems to be rising this year. With 25 cars within one second, it is really tough! Until recently, we at the Belgian Audi Club Team WRT, were often able to make the difference during pit stops. It isn’t always the case now. Our crews are still the best, but some others have tremendously improved.”

The Brands Hatch event will be run on a 2-day format, with both races taking place on Sunday: the Qualifying Race will start at 13:00 hours CET and the Main one at 17:15.