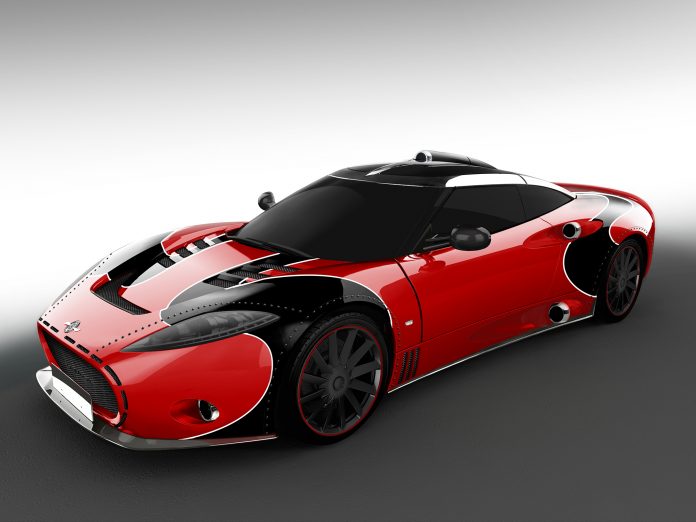 Spyker Ltd. (“Spyker”) With the end of production of Spyker’s C8 Aileron in sight, Spyker announced today that it marks the end of an era, the second generation sports cars, with the presentation of the last three C8 Aileron’s that will be produced. The C8 Aileron was initially unveiled at the 2010 Salon International de l’Automobile in Geneva and marked a significant milestone in Spyker Cars’ history.

Inspired by the company’s aviation heritage, Spyker’s second-generation sports car features cues from jet engined aircraft propulsion, highlighting the turbine blade, rather than the propeller which adorned many elements of Spyker’s first generation cars that included the Spyker C8 Spyder, C8 Laviolette. With sleek aerodynamics, a long GT wheelbase, luxurious and spacious cabin and world-class six-speed automatic transmission, the C8 Aileron broadened the appeal of the Spyker brand while maintaining the marque’s exclusivity.
After 6 years of production, Spyker announced today that the final three cars to be built are a triplet of entirely bespoke Spyker C8 Aileron’s in LM85 trim. All three are outfitted with a supercharged Audi V8 engine delivering 525 Bhp and 600 Nm of torque. Mated to a 6-speed automatic gearbox, the V8 will propel the C8 Aileron from 0 to 100kph in 3,9 seconds.

The name LM85 was first introduced by Spyker in 2008 when the Dutch brand introduced the Spyker C8 Laviolette LM85, after Spyker’s starting number on the grid which it had for several years, at the Los Angeles Auto Show celebrating the brand’s long-term involvement in endurance racing.

At the time Spyker Squadron, it’s factory GT race team, raced the Spyker C8 Laviolette GT2R, upon which the C8 Laviolette LM85 was based on, in various gruelling endurance races including the 12 Hours of Sebring, the 24 Hours of Le Mans and a series of International FIA GT races.

Spyker has always been involved in long distance and endurance racing and already in 1922 renowned racing driver Selwyn Edge drove a Spyker C4 fitted with streamlined racing bodywork and succeeded to break the speed record by driving at an average of 120kph (74.5 mph) during two 12-hour periods. This was the so-called Double Twelve Record.

The Spyker C8 Aileron LM85 announced today features design elements from Spyker’s modern GT racers including the handcrafted and riveted aluminium bodywork, the air intakes made from solid billets of aluminium and wider wheel arches. The car features the same paint scheme as seen on the GT race cars with huge contrasting S’s on the sides.

Victor Muller, Founder & CEO: “Every Spyker we ever built is unique and exclusive, but the last three Spyker C8 Aileron’s that we will build truly demonstrate the level of bespoke craftsmanship that the Spyker brand is all about. It is a dignified departure of the Audi powered Aileron’s and a worthy step toward the third generation Spykers, the Spyker C8 Preliator. We designed these three cars in partnership with Milan-Morady of Luxembourg and the result is exceptional.”

Mike Pessis, Founder and Managing Director of Milan-Morady said: “Cooperating with Spyker on the creation of these three ‘run-out edition’ cars has been a great joy. Our input was translated by Spyker’s design team exactly as we had anticipated and we are proud to be offering these last three cars to our sophisticated clientele.“