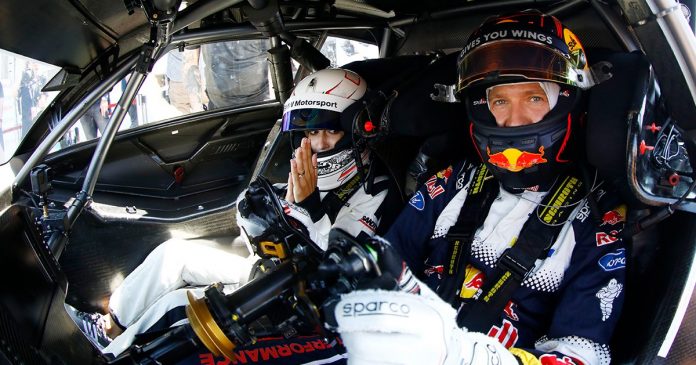 Spectacle at Spielberg. On the penultimate race weekend of the 2018 season (21–23 September), in Austria, Sébastien Ogier will make a guest appearance on the DTM grid. The five-time World Rally Champion will switch from his rally car to the cockpit of the Mercedes-AMG C 63 DTM. Although the battle for the World Rally title is close and fierce, the French multi-time champion wants to try and deliver on Spielberg’s racetrack – in the battle with 18 other drivers instead of racing against the clock with co-driver Julien Ingrassia.

“This is a very exciting experience,” said Ogier. “The DTM is something completely new for me, but I’m trying to learn as much as possible with each lap. I see it as an opportunity to broaden my racing horizons and gain more experience. Up to now, I haven’t driven much on permanent racetracks – only a couple of times in a GT car. A DTM car is obviously faster. Of course, you can’t expect to be competitive as a guest starter right away. I’m expecting a difficult first weekend at Spielberg, where my target will be to keep up with the other drivers as much as is possible.”

On the occasion of the DTM meeting at Zandvoort, Ogier already acted as chauffeur in the Mercedes-AMG C 63 DTM race taxi and took his wife, TV presenter Andrea Kaiser, for three laps around the circuit. This Tuesday and Wednesday, he will gather serious experience in a DTM car at Vallelunga, Italy.

“We are really delighted that Mercedes-AMG will follow the example of Audi and BMW by also letting a renowned guest driver contest a DTM race meeting for them,” said Achim Kostron, Managing Director of DTM’s umbrella organisation ITR. “Sébastien Ogier is the best rally driver of his generation as he is the most complete one – and therefore he is one of the best racing drivers in the world. The fact that Sébastien dares to make this guest appearance in DTM while the battle for the World Rally title is running and close demonstrates his extraordinary competitive spirit. I am convinced that Sébastien will also deliver in fine style in the Mercedes-AMG C 63 DTM.”

Farewell races for Ekström at Hockenheim

Audi driver René Rast is the “ADAC Motorsportsman of the Year”