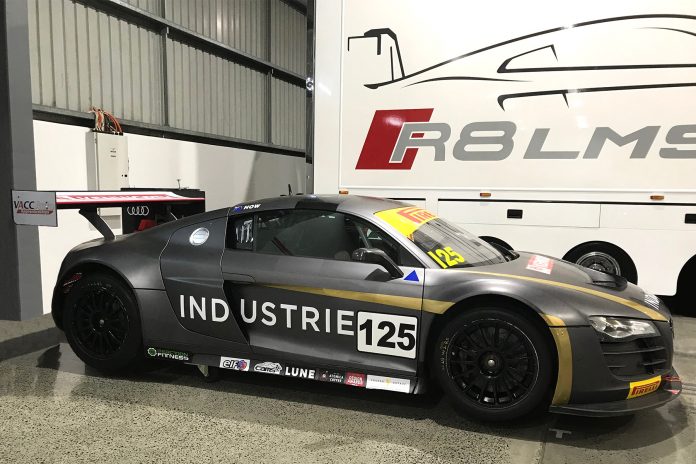 Melbourne teenager Ryan How was a sensation during the opening round of the 2019 CAMS Australian GT Championship at Albert Park, the 17-year old Audi driver mixing it in amongst the outright cars in his 2011 model R8 LMS GT3 – despite the fact that he was contesting the Trophy Series division – on a weekend where he dominated the class, winning all four races.
On a shoe-string budget, the team knew that he would need to prove himself in order to continue in his endeavours to compete in the four-round Australian GT Trophy Series, but despite such an outstanding debut, it was the off-track work that presented the biggest challenge, and when all seemed lost on the eve of the second round in Western Australia, a helping hand came from an unlikely source..
“The Grand Prix was incredible, I almost can’t believe it went so well,” How admitted. “Apart from a competitor who tagged me from behind after braking too late, there isn’t a mark on the car, something I was keen to ensure before the first race began, but something you can never guarantee when you’re starting mid-pack.
“Despite that great result, it has been a big challenge since trying to get those valuable extra funds to make it to Perth for round two, so we made some calls, and one of the most positive responses came from reigning Trophy Series champion Nick Kelly.”
Kelly had dominated the opening six races of the 2018 AGT Trophy Series to hold a commanding points lead at the mid-point of the season, a season which relied on his consistency over the closing rounds to hand him the title – one of the drivers making his job more challenging, was Ryan How!
“I didn’t know much about Ryan ahead of his one-off appearance last year at Sydney Motorsport Park, but I’d have to say he was well and truly on my radar by the end of the weekend,” Kelly admitted.
With budget to contest just one event – the then, 16-year old – How lined up for the three 40-minute races at the Supercars day-nighter to see what he could do against the experienced series regulars, in the end he claimed the round win with two class wins and a podium finish to defeat all comers, Kelly included.
Kelly then had a box seat for How’s Australian Grand Prix debut, running second to the teenager for much of the weekend, before offering a lifeline for the How team to join the grid in Perth, an event where business commitments will keep Kelly from the grid.
“Ryan clearly has a natural talent as a racing driver, I could see that last year, but to watch him fight head-to-head with some of the outright 2019 cars at the Grand Prix – and beat them in a straight street fight – shows he has the right stuff, so when I heard that they were struggling to make budget for Perth I thought I’d throw my hat into the ring and see what I could do to help get them there.”
“The last nine months since my Sydney debut have been a real eye-opener,” How admitted. “Motorsport is about so much more than what you can do on track, but it’s also about how well you can compete, and how cleanly. Nick’s support, together with that of Melbourne Performance Centre, Kenworth, VACC and REN Racing is invaluable, and support that I hope one day I can return by making motorsport my future and returning the favour.
“For now the focus is on Perth and gaining as many points as I can, whilst at the same time, looking out for opportunities to compete in the Australian Endurance Championship as a co-driver to hopefully build on my experience and prepare myself for the final two rounds of the GT Sprint Series later in the year.”
How and the new look Indusrie/REN Racing Audi will be in action at Barbagallo on Thursday, May 2, for two 30-minute practice sessions ahead of the two 15-minute qualifying sessions late Friday afternoon. Race#1 will come in the twilight at 8:00pm on Friday, ahead of Race#2 at 3:45pm on Saturday and the final race Saturday night at 8:35pm (AWST).
All the qualifying and race action will be covered LIVE on Fox Sports, Channel 506.

No stopping Gartner at Queensland Raceway