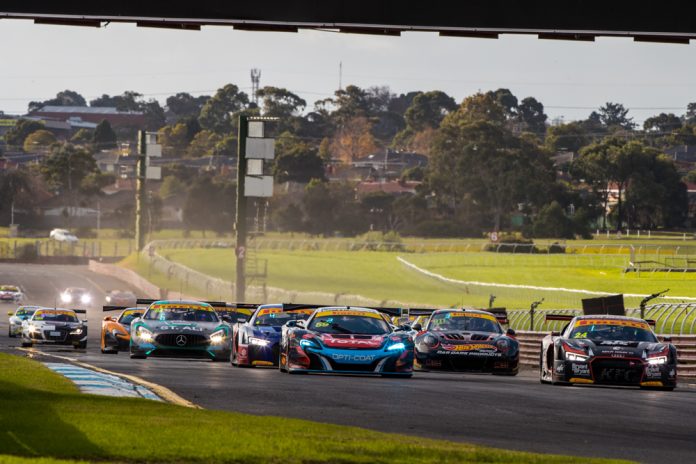 An Australian GT record 35-cars are have entered for this weekend’s Phillip Island 101, run as part of Round 3 of the Shannons Nationals (June 1-3).

The staggering field will showcase a host of the leading GT3 and GT4 machinery, and an incredible field of previous-generation GT3 cars.

Across the weekend, Australian GT will be on track on an astounding 12 different occasions, making for almost nine hours of track time across the three days.

The Phillip Island event will be the biggest in Australian GT history both in terms of field size and track time.

In the Trophy Series, the weekend begins on Friday with two 30-minute practice sessions.

They’re followed later in the day by the two nail-biting 15-minute qualifying sessions which will determine the grid for Saturday’s opening race.

Starting at 11:00 on Saturday morning, the first Trophy Series race of the weekend will see competitors racing around the iconic Phillip Island circuit for 50-minutes.

A second 50-minute race at 15:40 rounds out Australian GT’s Saturday, and completes the Trophy Series aspect of the weekend.

Attention will then turn to the Australian GT Championship competitors on Sunday, with the weekend’s headline act the Phillip Island 101.

Practice for the event begins on Friday, with half an hour for teams to settle into the event which doubles as Round 2 of the CAMS Australian Endurance Championship.

Qualifying on Saturday afternoon is book-ended by the two Trophy Series races, with Practice 2 scheduled for a 09:55 start.

The busy weekend reaches its thrilling crescendo on Sunday afternoon with the 101 set to begin at 13:05.

With 300 points on offer to the winner, the race marks a critical juncture in drivers’ quests for this years titles.

In the Australian Endurance Championship, Max Twigg and Tony D’Alberto (WM Waste Management Mercedes-AMG GT3) hold down top spot after their fabulous victory at The Bend Motorsport Park, with Talbot and co-driver John Martin in second.

Nick Kelly in the Industrie Audi R8 LMS Ultra holds the Trophy Series advantage after two of the competition’s five rounds, the halfway mark at Phillip Island poised to be a decisive moment in the season.

All of Sunday’s action will be available live and free across the world via a live stream, available on the Australian GT website – www.australiangt.com.au/live.

Australian GT will also continue to provide exclusive behind the scenes content with pit walks, interviews and more via its social platforms.

Fans too are encouraged to get involved, sharing their thoughts, comments, questions and photos using #AustralianGT