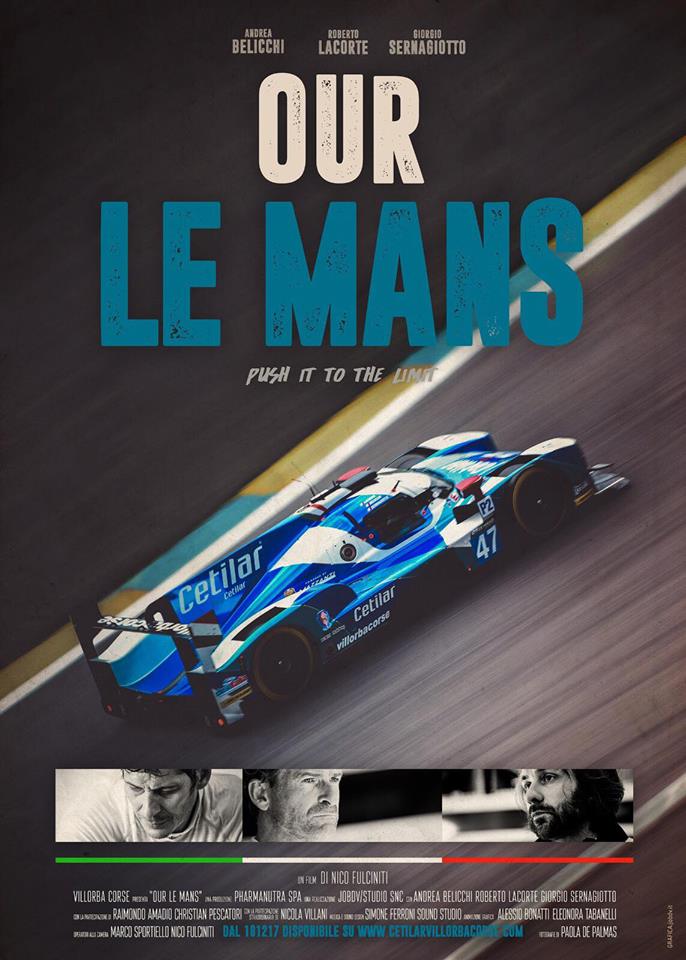 “Our Le Mans”, the docufilm that tells about Cetilar Villorba Corse debut at the 2017 24 Hours of Le Mans, will be free on line at www.cetilarvillorbacorse.com/film on Monday, December 18. Directed by Nico Fulciniti of JOBDV/Studio, the docufilm is totally focused on the effort that brought the all Italian team led by Raimondo Amadio to an extraordinary ninth place overall (seventh in the LMP2 class) with Roberto Lacorte, Giorgio Sernagiotto and Andrea Belicchi on the Dallara P217 Gibson. The story of this extraordinary debut is the sequel of the previous “Road to Le Mans”, presented last April, that showed the evolution of the Cetilar Villorba Corse project from the very beginning to the confirmation of its first participation in the legendary endurance race.

“Our Le Mans” will thus bring spectators directly to the front row at the 24 Hours of Le Mans and will be distributed in Italian with English subtitles also on the major social networks (Youtube, Vimeo and Facebook). Download will also be available. At the moment the official trailer is available at www.cetilarvillorbacorse.com/film.