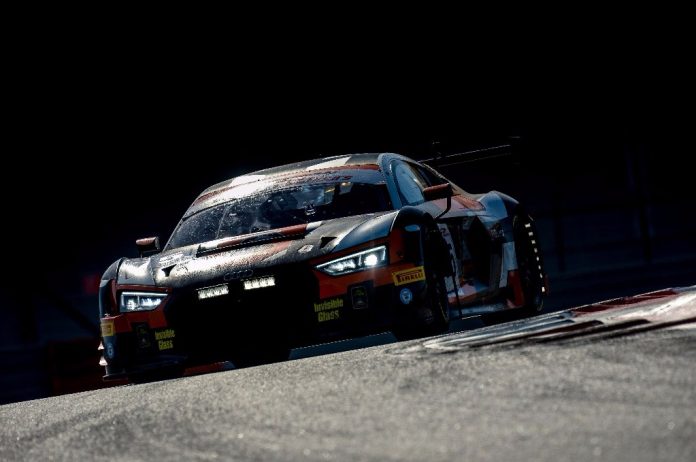 Optimum Motorsport is preparing to embark on another season in the CREVENTIC 24H Series powered by HANKOOK and hopes of a podium result in the 2017 24H Dubai (12-14 January) are high with Audi Sport factory driver Christopher Haase spearheading the British squad’s attack.

It will be Optimum’s sixth consecutive appearance in the Middle Eastern endurance race and its second with its Audi R8 LMS GT3, which Haase will share with Joe Osborne, Ryan Ratcliffe and Flick Haigh.

The British squad will also attempt to repeat its 2013 SP3 class victory with a sole Ginetta G55 GT4, which will be piloted by Stewart Linn, Ade Barwick, Dan O’Brien and William Moore.

Linn will make his debut at the Dubai Autodrome, but Barwick and O’Brien both featured in Optimum Motorsport’s 2016 line-up and return as stronger, well-rounded competitors, while Moore is a fan of the circuit and a proven performer in the G55.

In stark contrast to most professional racing drivers, Haase skipped karting and only got behind the wheel of a racecar at the age of 19, when he was recruited for the inaugural Dacia Logan Cup in 2006.

What was initially a three-year plan to acclimatise to racing and reconnaissance circuits before gunning for race wins and championship titles was drastically shortened when Haase beat the opposition to victories in only his first season of competition.

The German went on to finish first overall in his maiden season of sportscar racing in the 2007 ADAC GT Masters and he was justifiably selected as the ADAC Northern Bavaria Sportsman of the Year, before going on to win the FIA European GT4 Superlight title in 2008 and the FIA European GT3 Championship in 2009.

Haase has continued accruing high profile successes and a sensational record now includes wins in 24-hour races at Spa and the Nürburgring, as well as at Petit Le Mans in the United States.

A dual 2016 campaign in ADAC GT Masters and the Blancpain Endurance Series has also yielded strong results, but Haase most notably rounded-out the season by becoming a two-time Sepang 12 Hours winner.

Most of Haase’s victories have been achieved with Audi GT3 machinery, therefore the German duly expects to challenge for the 24H Dubai victory with Optimum Motorsport and teammates Osborne, Ratcliffe and Haigh, who are fresh from scaling the podium in December’s Gulf 12 Hours in Abu Dhabi.

“We are starting in the high level A6-Pro class and we will try everything to achieve a podium or victory,” said Haase. “I know we have a team, drivers and an Audi R8 LMS that are able to do it, but to be successful you do need luck on your side.  I would be glad if I can help with my Audi GT3 experience.”

The 2016 edition of the 24H Dubai served as Optimum Motorsport’s first competitive GT3 outing and the Wakefield, England-based squad did itself justice by racing to fifth overall and fourth in the headlining A6-Pro classification against a record 100-car entry.

Interest in the 24H Series continues to soar and the task of winning will be as tough as ever in 2017, although lessons learned over the course of a varied 2016 season with its 585bhp, V10-engined Audi will undoubtedly aid Optimum Motorsport’s bid to better its results.

Optimum Motorsport Team Principal, Shaun Goff said: “Following on from a strong result in last month’s Gulf 12 Hours in Abu Dhabi and with consistency in our driver line-up, there is a strong feeling that we can achieve an overall podium in the 2017 24H Dubai. We certainly believe we should have had a top three result with the Audi R8 in last year’s race so that has to be the target this time around, particularly with Christopher Haase – a great addition to the team – in our line-up.

“I’m really looking forward to seeing how our four SP3 drivers knuckle down. Ade (Barwick) and Dan (O’Brien) competed together in last year’s race, but Dan has achieved a huge amount of success and has come on leaps and bounds since then. Ade will be stronger and fitter than ever for his third consecutive 24H Dubai, but Stewart will face a steep learning curve as the only driver not to have raced at the Dubai Autodrome. He’s no stranger to 24-hour races or Ginettas and Will (Moore) is full of confidence – he really enjoys the circuit and always possesses great pace in the G55. We led the 2016 race for 16 hours and, overall, I believe we have a stronger line-up this time around.”

Successful title defence in the 24H Series for Mercedes-AMG and Hofor...