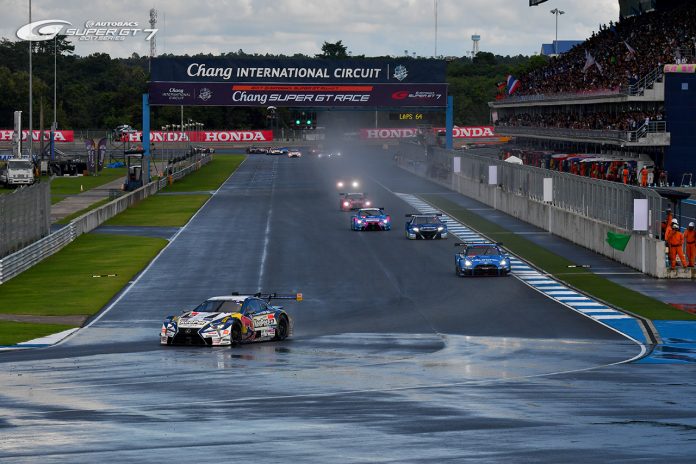 Also, the conditions for the SUPER GT entrants of this season to participate in the 47th Summer Endurance “Suzuka 10 Hours” scheduled on August 24 – 26 was released based on the agreement with Mobilityland Corporation.

Participation to other racing series is restricted by Article 10-4 of the SUPER GT Sporting Regulations, “The cars registered to participate in this Series are not allowed to race in any other races unless the GTA previously approved.” However, participation to the Suzuka 10 Hour Endurance Race has been permitted with the condition outlined below.

Conditions for the SUPER GT entrants to participate in the Suzuka 10 Hours Endurance Race.

1. Entrant
Must be an entrant who is officially registered in the 2018 SUPER GT Series.

Driver who is not officially registered in the 2018 SUPER GT Series is permitted.

Neither team nor driver points of SUPER GT Series will not be awarded in the Suzuka 10 Hours Endurance Race.

Private test restrictions of the SUPER GT Series will not be applied if a test is conducted by wearing tires made by Pirelli and approved/registered by the organizer of Suzuka 10 Hours Endurance Race.

Entry application of Suzuka 10 Hours Race has already started, and, according to the official website of Suzuka Circuit, GOODSMILE RACING & TeamUKYO, CarsTokaiDream28, GAINER, and Modulo Drago CORSE among the SUPER GT entrants have declared participation.

As already announced by Mobilityland at the Tokyo Auto Salon 2018 in January, the endurance race will be broadcast across 75 countries worldwide including Europe, Americas, and Asia via EUROSPORT/DISCOVEY, and for domestic TV Tokyo-affiliated BS satellite broadcaster “BS JAPAN (channel 7)” will offer free broadcast at real time during certain time-windows mainly around the start and finish of the race as well as complete live broadcast via streaming service.

Andrea Caldarelli finishes in 9th despite difficulties with the weight handicap