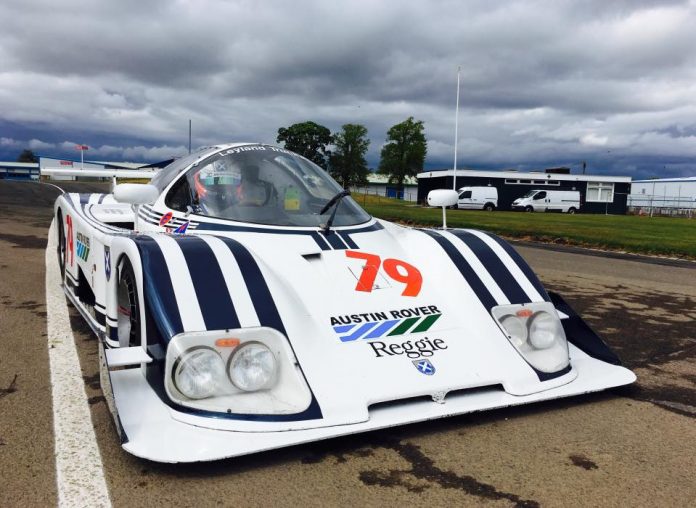 IGNITION Festival of Motoring will celebrate one of Scottish motorsport’s greatest ever feats this summer, when the famous Ecurie Ecosse team bring an exclusive line-up of their finest machinery, old and new, to the SEC Glasgow.

60 years on from their famous 1-2 finish in the 24 Hours of Le Mans race, a rare occurrence for a privateer, IGNITION will showcase some of the iconic cars that made the Ecurie Ecosse name during the late 1950’s, including the Jaguar C-Type.

Also appearing at the festival will be the new age Ecurie Ecosse Team, fronted by Director and Driver Alasdair McCaig, that recently followed in their predecessors footsteps by taking to the Circuit de la Sarthe to take part in the ‘Road to Le Mans’, a curtain raiser to June’s main event.

A total of four cars will join Ecurie’s famous Transporter on display:

The Ecurie Ecosse showcase will feature on each day of the 3-day motoring extravaganza from 4-6 August at Glasgow’s SEC.

Cat Stanford, IGNITION Festival Director, said: “We’re delighted to mark one of Scottish motorsport’s greatest hours with a celebration of all things Ecurie Ecosse, in this the 60th year of their 1957 24 Hours of Le Mans victory. For a small, private garage in Edinburgh to record a 1-2 finish in one of motorsport’s biggest races was nothing short of incredible and we’re thrilled to offer festival goers a chance to see the team’s classic machinery in all its glory this summer.”

“We’re also pleased to feature the new face of Ecurie Ecosse with drivers Alasdair McCaig and Colin Noble set to bring their #79 Ligier to Glasgow, hot on the heels of a number of race wins in their debut LMP3 season. It’s another great addition to what’s shaping up to be a stellar line-up for IGNITION 2017.”

The Ecurie Ecosse showcase is just one of the bumper attractions at this year’s IGNITION Festival of Motoring which returns with an eclectic line-up of cars, bikes, stunts and much more.

Building on the success of 2016’s inaugural event, IGNITION 2017 – Scotland’s biggest automotive showcase – will celebrate all things motoring with a specially constructed street circuit giving fans the unique opportunity to get up close to the sights, sounds and smells of everything from rally, Formula 1 and supercars to classic cars and motorbikes.

This year’s event will pay homage to Scotland’s rich rally heritage by uniting some of the sports’ most famous icons. Boasting an impressive six World Rally Championships between them, legends Ari Vatanen, Miki Biasion, Timo Salonen, Markku Alen and Stig Blomqvist will bring their championship winning cars to the streets of Glasgow for an unmissable rally spectacle.

New additions for 2017 include an outdoor Ride and Drive Zone, offering motor enthusiasts the chance to test their skills on a range of driving and bike experiences, as wells as an indoor arcade which will host an array of games and experiences to cater for the whole family.

Other notable features include: 70 years of Ferrari – a tribute to the history and legacy of the famous prancing horse; a supercar grid to rival any, featuring Lamborghinis, Porsches, McLarens, Mustangs, Mercedes and more; the return of the Japspeed Drift Team, a huge hit with fans at last year’s event; plus, hundreds of exhibitors showcasing the latest releases with the opportunity for visitors to buy their next car or bike at the event.