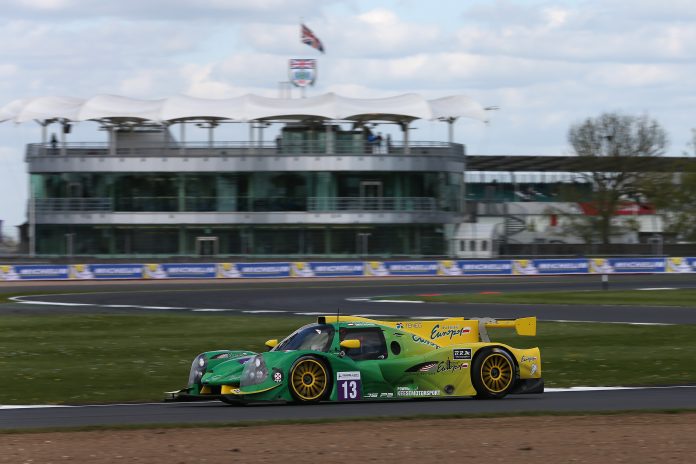 Kuba Smiechowski of the Inter Europol Competition started the first ELMS race of the season at Silverstone from 15th in class and 25th overall. After one hour and the first pitstop out of the way, he was running the number 13 LMP3 car 14th overall and 3rd in class. When his teammate Martin Hippe took over, the #13 was in 4th place. Hippe went from 4th to 5th and 6th and back again. At the finish the team was happy with 7th in class and 18th overall.

After the short first pitstop (two pitstops must be a minimum of 100 seconds) in his second stint Smiechowski got a drive through penalty for abuse of track limits and with this gave away his 3rd place. He fell back to 5th but was, within one lap, back up to 4th. He then handed the car to Martin Hippe. Hippe fell back to 5th but moved up to 4th.  In his two stints he had many fights and could remain 4th till the next lot of pitstops. He fell back to 7th and with only 15 minutes to go, remained there till he crossed the finishline.

Kuba Smiechowski: “ It was very slippery on the track and after the start I had a great fight with the car in front of me. But it did spoil my tyres a bit. Overall the car was good but I just can’t get to grips with this circuit. Silverstone is just not my favorite track. I was very careful with the track limits but apparently not careful enough as I got a drive through penalty. Shame but that’s all in the game. Now onto Monza.”

Martin Hippe: “Overall we are happy with finishing 7th in the first race, specially after starting from 15th. We had no mechanical problems at all this weekend. We still need to work on our race set up, but it is not a bad start for the season.”

Jörg Kranzfelder (teammanager): “We are actually happy with the result. Both drivers did consistent laptimes. We still have to work on the speed of the car, but as usual it is work in progress.”

Falb and Rayhall return to United Autosports for 2018 ELMS LMP3...