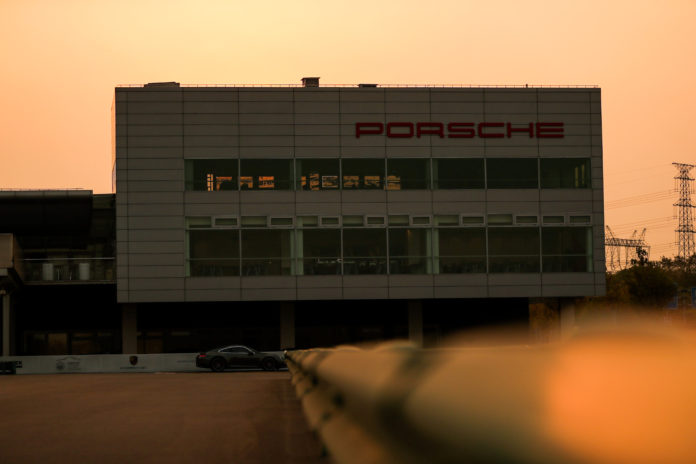 China was the first country to be affected by coronavirus, and while the paddock was enjoying the Bathurst 12 Hour at the beginning of February, the situation in China started to quickly worsen. Head of Porsche Motorsport Asia Pacific Alex Gibot had to react and temporarily move from his Shanghai office to Sepang in Malaysia, but has since returned. Gibot has been able to give us details on the current situation, as well as the reorganisation of his office.

How are you and how are things in China?

I’m well and the situation in China is much better. Normality has resumed for the past two or three weeks, even though wearing a mask has become mandatory when going out, but the shops have reopened. During lockdown, I was able to keep active in my condominium.

How did the situation change while you were at Bathurst?

The situation really started to explode in China during that period. I stayed in Australia longer than we originally planned and discussions with Porsche management began. We decided to relocate our office to Sepang with three members of my team. So after two weeks in Australia, I moved to Malaysia where we rented a workshop at the entrance to the circuit.

Why did you choose Sepang?

Sepang was the logical choice. Testing for GT World Challenge Asia and Porsche Carrera Cup Asia was due to take place there, we had clients’ cars and spare parts there and it allowed us to continue operating. We were working next door to our customers Earl Bamber Motorsport, Absolute Racing and Modena Motorsports. So we really connected and were able to understand their needs better. It was a great learning curve actually, and gave us a few ideas for new activities regarding our after-sales service. It was a great opportunity to organise an unofficial test with some of our customers as well. In the future, we hope to have a permanent base as, most of the time, the equipment travels from country to country in containers.

Were you able to return to China easily?

As soon as I arrived at Shanghai airport, everything was well organised, even if it was three hours before we could leave the terminal. We left the plane in small groups and there were several mandatory stops in the terminal. The first thing we had to do was complete a medical form before being checked by a doctor and you would go in different directions depending on the result. There were three queues on the way out: a green one to get you a taxi home; a yellow one which put people on a bus to a hotel to be put in quarantine; and a red one which took you straight to a hospital.

Did you have any issues once you were home?

Three days after coming back, I received a call to say someone on my flight had COVID-19. Personally, I didn’t have any symptoms but within 15 minutes someone arrived at my home, kitted with PPE, to give me a check-up. It’s all been perfectly organised.

Porsche dealerships have reopened, which is positive for sales. March was still a good month and April seems to be similar. The only constraint is having to wear a mask outside and when you board public transport, you need to present a QR code. In the streets, the usual traffic has come back but gatherings still cannot be organised. Porsche is locally launching the Taycan soon, normally this would have been in front of 500-1000 people but now it will be streamed.

Is it possible to travel?

Travel is still a bit limited. Since the end of March, a foreigner cannot enter China without authorisation. So as a Frenchman, I can leave but I wouldn’t be able to come back. There is one flight a week to France with China Eastern and it cannot have more than 75% of the seats filled. The prices have gone up like crazy, it costs around €10,000 for an economy class ticket.

Do you envisage racing returning soon?

We are both a manufacturer and a series organiser, but the situation for championships remains unclear. We’re working on several plans. Hopefully we can get Porsche Carrera Cup Asia started in Sepang in July, but we’re all in the same boat with the level of uncertainty. An additional headache we have to navigate is different countries having different rules and in Carrera Cup Asia we have drivers from 10-12 different countries. Hosting a national event will be much easier so we’re planning the next two Porsche Sports Cup China events but we are organising something around an unpredictable time. Once the crisis is over, we will appreciate the job we do and being able to earn a living from our passion much more.

Pole position and podium for Jesse Lazare, Chris Green and the...