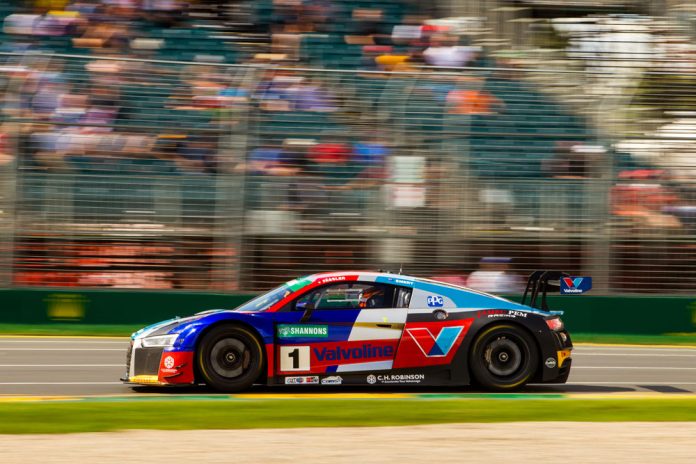 Marking the opening round of the Shannons Nationals season, The Bend Motorsport Park is set to host its maiden motor sport competition, with Australian GT to headline proceedings.

The addition of Tander bolster’s the Audi lineup, with the multiple Bathurst 1000 winner well experienced in the Audi.

“I know the Audi quite well now, and the MPC guys do a fantastic job, so it’ll be cool. It’ll be on, it always is,” Tander said.

“The Audi’s always competitive – that’s the great thing about GT3 racing, the balance of performance keeps it competitive.

“The new track will keep it interesting, I know (David) Reynolds is driving the Mercedes, Shane (van Gisbergen)’s there in the McLaren, so it’ll be a bit of fun with those guys.

“When we do these races the guys at the front always drive these cars really hard and really quickly, hopefully we’re part of it.”

Racing on the GT layout at The Bend Motorsport Park, the second-longest permanent race track in the world, the world-class facility will pose a brand-new challenge for drivers.

They’ll have their first sampling of the track on Thursday with a test day scheduled before official running begins on Friday with opening practice.

They form part of a 21-car field featuring a mix of GT3 and GT4 machinery representing ten of the world’s leading automotive manufacturers.

Practice on Friday leads into a two-part qualifying session, with the average times for each car across both sessions combined to form the grid.

The two-part race, set to take in more than 500km of competition, holds its first hour in the fading light of Saturday evening, laying the stage for dramatic images of exotic machinery sporting glowing brakes and blazing headlights.

A unique format within Australia, but used extensively internationally, will then conclude on Sunday with the final two hours of the race set to be held from mid-morning.