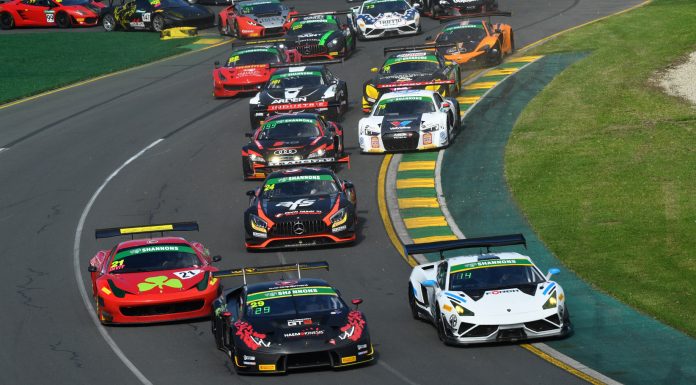 A 30-car field representing eleven of the world’s leading automotive manufacturers will take to Albert Park on Thursday for the opening round of the 2018 CAMS Australian GT Championship.

The field features a diverse blend of exotic GT3 and GT4 machinery, with the GT4 Class making its first ever appearance in Australian championship competition.

Ginetta, BMW and Aston Martin are all set to make their GT4 debuts, while the iconic and popular Chevrolet Camaro makes a welcome return to Australian GT on the GT3 side of the ledger in Trophy Class.

Adding to the spectacle is a world class roster of drivers with Australian GT Champion Geoff Emery and Australian Endurance Champions Peter Hackett and Dominic Storey both on the grid.

Local stars have also come out in force, with household names like Tony D’Alberto, Dean Canto, and Craig Baird set to go to battle against a field brimming with talent and experience.

The Australian GT Championship has been a stable part of the support programme to the Formula 1 Rolex Australian Grand Prix for the last three consecutive years.

It’s a popular event among fans and competitors, with a number of the world’s leading automotive brands represented both in the Formula 1 pit lane and Australian GT field.

Four sprint races across the weekend will provide fans with thrilling lights to flag racing on every day of the event, with Thursday also boasting two qualifying sessions.

Free to air television coverage on Network Ten of Race 3 on Saturday will allow fans at home to enjoy the spectacle.

Action gets underway on Thursday with two qualifying sessions and the opening race of the weekend, the full schedule if enclosed below.