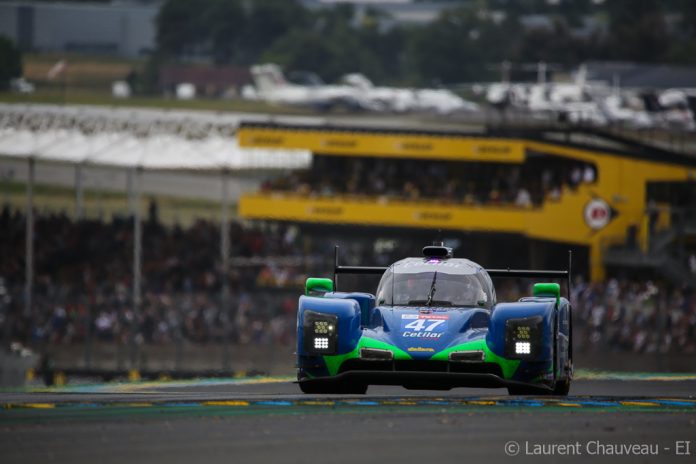 Lining-up for the famed 24 Hours of Le Mans, Cetilar Racing team managed to complete the race for the third time in three appearances. For the #47 Dallara-Gibson racecar, technically supported by Villorba Corse, this is the most important race of the year, equally exciting, fascinating and exhausting. After making their debut in 2017 with an extraordinary ninth place overall and a stunning seventh place in LMP2, and ending up ninth in 2018, Roberto Lacorte, Giorgio Sernagiotto and the returning Andrea Belicchi put up a real masterpiece, ending up 13th in class and 18th overall. For Belicchi it was the 10th appearance at Le Mans as the whole team now looks forward to their next challenge in the 2019-2020 FIA World Endurance Championship.

The 2019 24 Hours of Le Mans, which marked the end of a cycle for the Italian squad, saw them make great progress from the outset. Right from the qualifying session, the team focused on reliability, working almost exclusively in race trim. In the opening stages, Sernagiotto delivered a good start from the 25th position overall on the grid (P17 in class). The Cetilar Racing Dallara quickly started to recover positions. Sernagiotto, Belicchi and Lacorte, who followed them behind the wheel, continued to travel at a consistent pace, settling around the 13th place despite understeer issues and difficulties with the tire pressures in the opening stint.

After the first quarter of the race, the situation remained almost unchanged and even the night stints went on without a hitch. In the early hours of Sunday, the Italian squad had survived numerous neutralizations and fought their way to the LMP2 top-10, close to the 15th position overall.

Then, the unexpected happened: with four hours to the end, while Belicchi was at the wheel, the gearbox compressor failed. The problem was solved as quickly as possible by the mechanics, who immediately identified the cause of the issue. The setback cost the Cetilar Racing Dallara three positions. From that moment on, things stabilized again and everything went on smoothly to the finish.

“Completing three Le Mans races in three years with such great fighting really is a privilege for few”, commented Roberto Lacorte, “I want to thank the team. We spent five fantastic years that will remain steeped in our memory and in the history of motorsport and endurance racing. There is so much passion here, there are projects, and there are people who have shared them. This edition of the 24 Hours of Le Mans is special because it was the most hard-fought in competitive terms. The gaps remained incredibly tight and we were constantly fighting for the best positions. We had a little problem in the last part of the race which cut us off from the “top 10”, but that’s okay, it happens.“

“It is always an incredible emotion. This race is so hard that completing it seems almost weird sometimes”, said Giorgio Sernagiotto, “making it three times out of three means we did a great job. I’m extremely happy and everyone on the team was great.”

“I’m absolutely touched. This was my 10th running at the 24 Hours of Le Mans. I’m lost for words to describe how amazing it feels”, added Andrea Belicchi.

“For sure it has been hard, but lining-up three times at Le Mans and reaching the end every time is an enormous result”, said Team Principal Raimondo Amadio, “The guys have been great, the crew, the drivers, the management, the engineers. They did an outstanding job. I enter many many races every year, but this one really is in a league of its own.”

“We are absolutely elated. Entering Le Mans three times and completing the race on every occasion is something that doesn’t happen very often. We had a lot to deal with, but we always saw the checkered flag wave. Thank you so much to the Villorba Corse crew”, said Sporting Director Christian Pescatori.