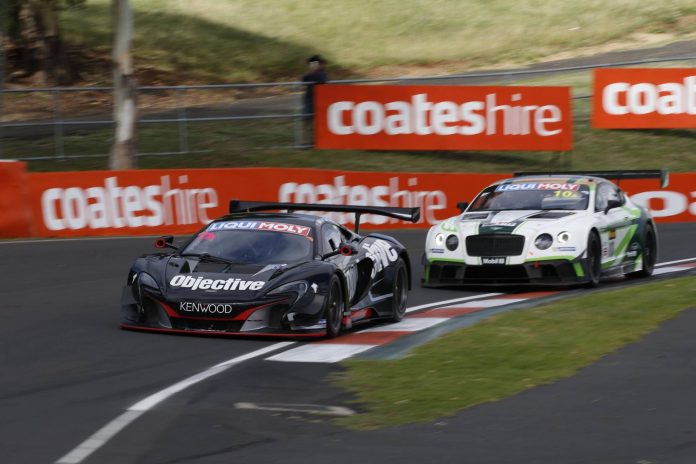 THE full event schedule for the 2017 Liqui-Moly Bathurst 12 Hour has been released by event organisers today.

The action-packed three-days at Mount Panorama include several new additions to the on track program, headlined by a revised and expanded qualifying format that will include the Pirelli Top-10 Shootout on Saturday afternoon.

Bathurst 12 Hour contenders will enjoy more than three hours of practice time on Friday, including 30 minutes of stand-alone running for non-seeded drivers that morning, before an all-in session immediately after.

Following an additional one-hour practice session on Saturday morning, the revised qualifying format will see a one-hour qualifying session for all runners commence at 10:40am.

That session will be immediately followed by a stand-alone 20-minute session for Class A (GT3) vehicles only, which will help set the 10 runners for the Pirelli Shootout that afternoon.

The top 10 runners will then take to the track in reverse order just after 3:30pm on Saturday for one magic lap against the clock to set the first five rows in the first ever Bathurst 12 Hour Pirelli Shootout.

Pit exit opens at 5:30am on Sunday morning prior to the Liqui-Moly Bathurst 12 Hour commencing at 5:45am.

Outside of the Liqui-Moly Bathurst 12 Hour itself, a packed three-day program includes three support categories and sessions for manufacturers to show their road-going products to fans attending the event as well.

Improved Production and Combined Sedans will each tackle three, 10-lap races while the opening round of the Radical Australia Cup will be contested over a pair of 15-lap races on Saturday.