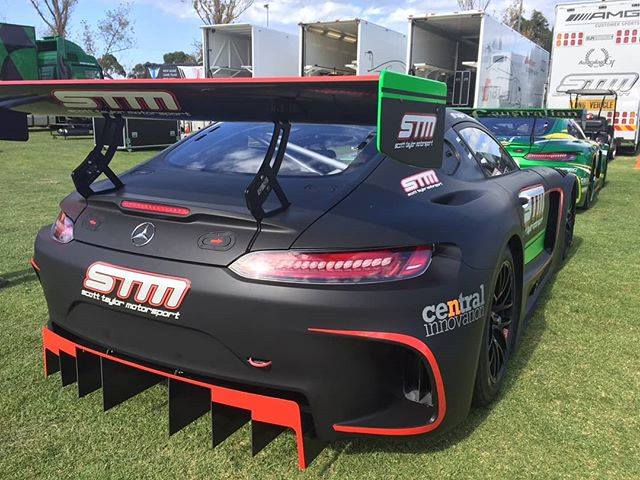 Craig Baird says he has his mojo back after winning the first of four races in the opening round of the CAMS Australian GT Championship at Albert Park today.

The precautionary period came about when Wayne Mack spun his Trophy Class Ferrari 458 out of the final corner on Lap 5.

Fassler was hounded throughout by Tony D’Alberto in the WM Waste Management Mercedes.

Throughout the opening laps, with Dan Gaunt (Audi) forced to pit due to a cut tyre in the opening melee, the top four had a gap to the next three, consisting of John Martin (Porsche 911 GT3-R), Dean Canto (Lamborghini Huracan) and Steven Richards (BMW M6).

In eighth was the Dom Storey (Mercedes) ahead of debutant Jaie Robson (Mercedes) and Fraser Ross (McLaren 650S).

Eleventh and first in Trophy was Nick Kelly, with three places (behind the Tony Quinn McLaren and the Ash Samadi Audi) back to class rivals John Morriss (Porsche GT3-R), Matt Stoupas and Rio Nugara in their Audis.

Craig Baird: “With those two behind, Le Mans and Formula 1 winners I was motivated to want to win. I set my mind to do 11 qualifying laps, broke the lap record and did all I could do.”

Nick Kelly: “These are such great guys to race with and I could ask for more than be the first Aussie driven Audi home. I have to thank Bart Mawer (driver coach) and Geoff Forshaw who does all the work on the car by himself.”

Jeremy Grey: “We were well under in weight in qualifying two, and I thought that may be a problem, but we actually went faster in the race than in either qualifying. I didn’t get to see any of my class rivals and it is good to be the first GT4 winner.”

Jaie Robson heads championship after Round 1