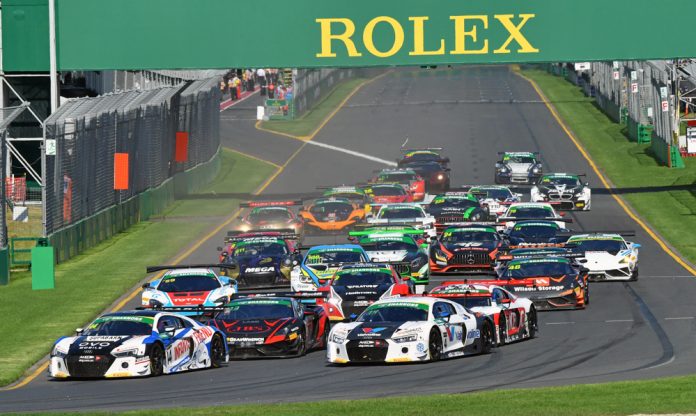 The CAMS Australian GT Championship and Trofeo Motorsport have helped launch the support programme for the 2018 Formula 1 Rolex Australian Grand Prix in Melbourne.

A fan-favourite, the Australian GT Championship will return to the streets of Albert Park where the world’s leading automotive manufacturers will do battle under the watchful eye of their Formula 1 counterparts.

“2018 will be the third consecutive year that the Australian GT Championship will be at the Melbourne Australian F1 Grand Prix; after a few years lay-off and it is the first time we will start the Championship at this special event,” said Mr Collier.

“The AGP is the premier motorsport event in Australia and the privilege of starting our Championship at the event has not been lost on our teams, who are really excited about coming back to Albert Park.”

While not on track, the Australian GT cars will be on prominent display throughout the weekend, allowing fans to get up close and personal with the world’s most iconic and aspirational racing machines.

“We will have a full range of the best GT race cars racing here, with Audi, Aston Martin, BMW, Ferrari, Lamborghini, Mercedes, McLaren and Porsche amongst others competing on the circuit and on display for the spectators to get up close to,” said Mr Collier.

“Our teams enjoy the spectator’s interest in their cars and we welcome everyone to come and visit us and talk to the teams over the four-day event.”

The Australian GT Championship will be on track six times across the event’s four days, mirroring the hugely popular and successful format employed in 2017.

The weekend’s proceedings will begin with two qualifying sessions before progressing into four 25-minute sprint races.

Adding further interest for 2018 is the inclusion of GT4 cars, competing in their own class within the Australian GT Championship for the first time.

“The fans will see the introduction of the fast-growing GT4 cars joining with the GT3 cars for the very first time in Australia,” explained Mr Collier.

“The GT4 cars are based on the road going versions of the same manufacturers as the GT3 cars.

“The visible difference of GT4 compared to GT3 is that the cars have less aero such as big rear wings and front dive planes, so they are a bit slower but it is not significant, especially at most street circuits.

“The fast, flowing features of the Albert Park circuit will continue to favour the GT3 cars which are the fastest tin top race cars on the circuit.”

The 2018 Formula 1 Rolex Australian Grand Prix marks the opening round of a revamped Australian GT calendar, which boasts a mixture of sprint and endurance events.

From the streets of Albert Park, the Australian GT Championship will then be among the first cars onto the world-class The Bend Motorsport Park facility in South Australia for the inaugural endurance race of the season.

The Formula 1 Rolex Australian Grand Prix takes place in Melbourne on March 22-25, with single-day tickets available from $25, and four-day passes from $165.