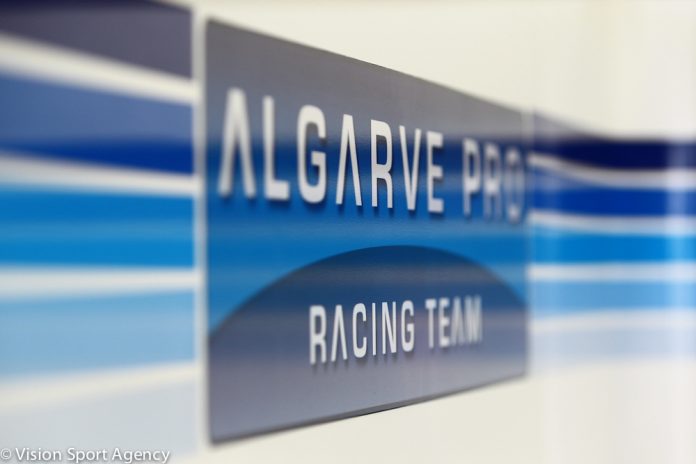 Having secured title success in the Asian Le Mans Series earlier this year, Algarve Pro Racing secured a guaranteed entry into this year’s running of the 24 Hours of Le Mans, enabling the Portuguese based team to prepare and plan ahead for June’s big challenge.

Today (24 March, 2017) Algarve Pro – SO24 is pleased to announce its driver line-up of Mark Patterson, Matt McMurry and Vincent Capillaire as well as a new partnership with SO24!

“After the success of winning Asian Le Mans Series championship, we’re looking forward to our second Le Mans,” said Team Principal Stewart Cox. “We’re really happy to be partnering with SO24! and we’re confident in our preparations and driver line up.”

“After the recent success with Algarve, I couldn’t be happier signing up with Vincent and Matt for Le Mans, my fifth time competing at this fantastic event,” stated Patterson. “The LMP2 field is chock-a-block with talent and we look forward to a thrilling race where, as usual, anything can happen.”

McMurry is just 19-years of age and by his own admission is looking forward to returning to the French circuit now that he has more experience under his belt. “I’m incredibly excited to be going back to Le Mans again and cannot thank Stewart (Cox) and (Team Manager) Sam (Cox) enough for giving me this opportunity,” McMurry said. “There is no race on earth that compares.

“Le Mans was great in 2014 but it will be even better now because of the experience I have gained. I was a wet-behind-the-ears 16-year old back then and it will be a much more comfortable experience this time around. I’m glad to be going there with a team I’m familiar with and Mark and Vincent in the driver line-up.”

Capillaire competed in the European Le Mans Series last year with SO24! by Lombard Racing and this year brings his branding to the Algarve Pro Racing team for the Le Mans event.

“I’m really pleased to join Algarve Pro Racing and push the SO24! colours at Le Mans this year,” Capillaire said. “A good partnership is born as Algarve Pro Racing grows every year and they are fully-prepared with a great driver line-up. I have a lot of respect for Mark, he’s very experienced. Matt is fast and both are really nice guys. I’m determined to get involved in this programme to deliver the best possible result.”

Dominique Payen is the man behind S024 – Sarthe Objectif 24 – which competed in European Le Mans over the last five years, always with a focus on the 24 Hours of Le Mans itself.

“Along with my business partner Pascale Leclaire, we’re really happy with the new partnership with Algarve Pro Racing,” said Payen “It’s a blank canvas and we’re aiming to paint at a very good picture at Le Mans.”

Ginetta Celebrate Result In The 24 Hours Of Le Mans 2018