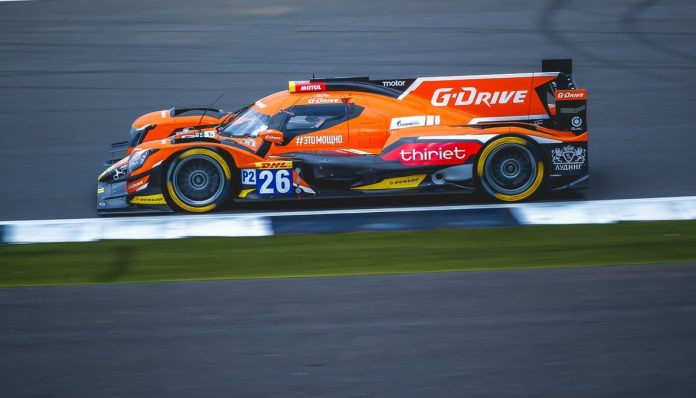 In any form of racing you can get scuppered when you have a really good chance of winning. And that happened to G-Drive Racing today at Silverstone in the opening round of the FIA World Endurance Championship. But what makes it so frustrating is that it was a door not shutting properly that cost us.

We went to the Silverstone 6 Hours in good spirits. From the start of free practice we were all on form – me and my co-drivers Roman Rusinov and Pierre Thiriet. Everyone felt confident and that was cemented in qualifying when we set pole position. Qualifying in the WEC is decided by an average of the times set by the two nominated drivers. I was hugely satisfied to set the fastest ever lap of Silverstone in an LMP2 car, and Pierre did his job really well too to give us the pole. I did really want to set the fastest lap in the category, and it’s a credit to the team because the car was fantastic. It also gave us the overnight championship lead, because there’s a point for pole!

I made a good start and got away in the lead, but obviously we started behind the LMP1 cars that were fighting for overall victory, and one of the Porsches seemed to have a boost issue. It braked very early and almost spun right in front of me, and Nicolas Lapierre and Bruno Senna were able to pass me. I chased Bruno until the pit stops and we were able to get ahead of him during the stops. That put us up to second, and I hunted down Lapierre. From 15 seconds back, I was literally two seconds behind when the door opened, and we were forced to come into the pits to fix it.

That put us a lap behind and fighting to get in the top six. Pierre and Roman both did a good job, and then I got in again. There was still a slight chance of a win if I could unlap myself, because a shunt might bring out a safety car and put us back in the game. I really got into a rhythm, pulling away from Senna – who was a lap ahead of us – and the car was fantastic. We finally got back on the lead lap, but it was too little too late. We ended up finishing fifth in class, which on the one hand is good because it’s nice to have the points, but on the other hand is so frustrating.

In terms of pace it was a great weekend, but what can you do? If the door doesn’t shut, you’re not going to win it! It’s one of those silly, trivial problems, and I can’t believe we lost a race because of it. But it does mean that we go to Spa for the next round knowing that if everything goes as it should we hope to be at or near the top by the finish.

In the meantime, it’s back to the Nurburgring next weekend with BMW Team Schnitzer for the 24 Hours Qualification race in the M6 GT3. I’m really looking forward to racing a GT3 car on the amazing Nordschleife circuit for the first time – it’s going to be a brilliant experience and build-up to the 24 Hours itself.